On March 15, 2019, I made three transfers from my Paypal Balance to my Paypal Prepaid Account. All three came out as complete, but they never showed up. I figured it might take some time or it was under some sort of review. But it never did show up. So I called Paypal, and they tell me that it was complete on their end and that the transfers were sent out. As a result, it should be Netspend that should be the one that tells me what happened to the transfers. I call Netspend, they tell me that it was paypal that canceled these transfers so since they never even received it, they have no idea where the money is. It has been literally like a ping pong match me being sent back and forth making no progress. I even created a Merchant technical support ticket but even that ended abruptly without any resolution. I’ve called many times, talked with people higher on up, and they have all told me the same thing. Paypal keeps stating that they have sent the payments out and it is complete on their end while Prepaid keeps telling me that their records show it those transfers were canceled on Paypal’s end so they can’t do anything about it. Please I feel so lost, I have no idea what my next step should be. I really needed these funds on March 15 but now its to the point where I just want to know what happened. 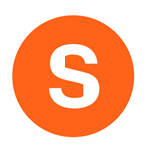 Other items listed by Lynda